The Brilliant Predictability of Aaron Sorkin 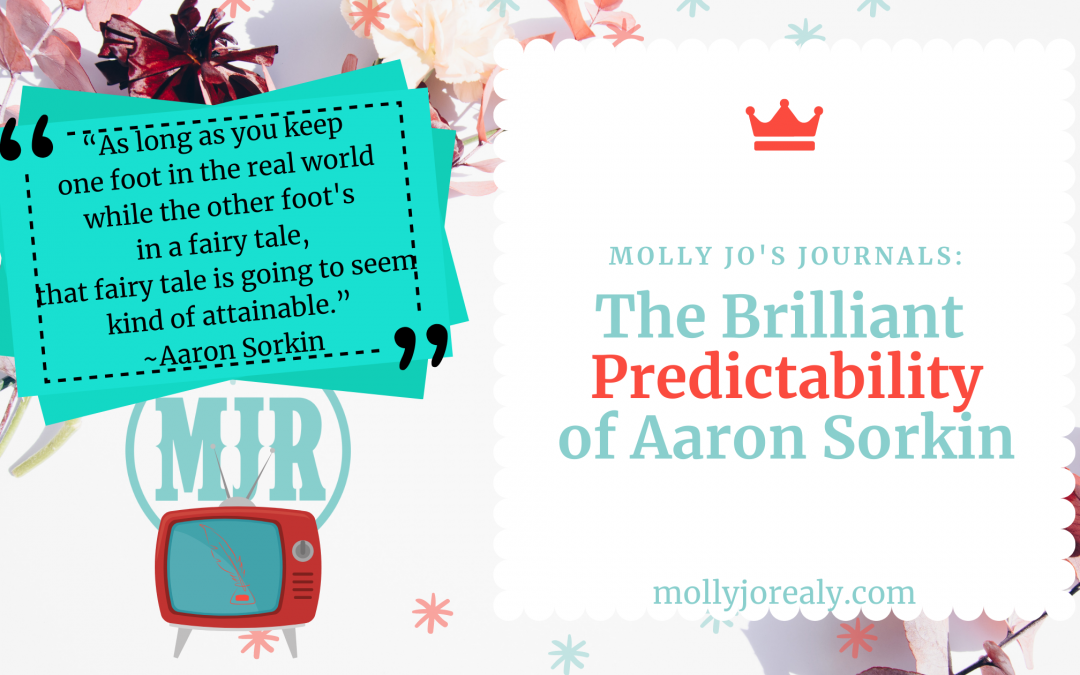 A cup of hot tea. A snuggle from the cat. Adding a few hundred words to my current work in progress. And Aaron Sorkin’s writing.

All things that make me feel pretty good about life.

They say, “write what you know.” (And by “they,” I mean some unquantifiable entity that holds the cosmos of my future in its unknown hands; and by “hands,” I mean, anything with a death-grip that challenges me to come and take what’s rightfully mine out of its grasp. Ooh. I’m sensing some definite heroic writing in my future.) Oh. Wait. Right. This isn’t about me.

Well, it sort of is.

I don’t know if you’re aware or not (snark, snark), but I have a huge affinity for The West Wing. Yup. Every winter I watch the complete DVD set. Just so happens I finished my yearly viewing the same day the Big Snow hit the Deep South. Translation: three weeks ago, I woke up to about seven inches of snow and ice, and couldn’t get to work for a few days.

So I binged. No, not food binge ~ although I must say, I learned some great cocoa/coffee blends that will knock your wintry socks off!

Nah. I decided to do a Smart TV search for all things Sorkin. And an online inquiry. Y’all. The jury is in. Sorkin is a behind-the-scenes genius.

He not only tells a story well, he tells the story of the story.

What is it about any backstory that gets our attention? Well, as Mr. Sorkin puts it, “There really isn’t a story that you can’t tell inside of it.”

There’s a brilliant predictability expected when watching anything Sorkin has written. I find comfort in knowing when I watch something he’s written or directed (or hopefully, both), I’ll be enlightened into some aspect I didn’t know before, but in a way only he can tell. His knack for writing and portraying the beauty of a messy life before the curtain goes up and the show goes on. The closed-door politics of how and when to say something to the masses without insulting anyone (or everyone). The negotiations to gather more information without betraying a confidence. And the imperfect humanity of it all. It’s simply beautiful.

As a viewer, we feel like we’ve been invited into the inner sanctum, given a glimpse the general public doesn’t get. Sorkin makes us feel special.

And the jokes. I’ve not seen anything official, but I bet Aaron Sorkin’s favorite joke is, “Why do they only eat one egg in France? Because in France, one egg is un oeuf.”

Sorkin is well-known for writing fast-paced dialogues, inspiring monologues, and perfecting the Walk and Talk in which multiple characters hold important conversations while transitioning from one location to another.

You may be thinking you’re unfamiliar with most of his work. Trust me. You’re not. Even if you haven’t seen everything, you’ve most likely seen quite a few:

Movies:
A Few Good Men
Malice
The American President
The Rock
Bulworth
Enemy of the State
Charlie Wilson’s War
The Social Network
Moneyball
Steve Jobs
Molly’s Game
The Trial of the Chicago 7
Being the Ricardos

His writing has a sense of string theory running through it. The American President has plot lines, quotes, and actors later found in The West Wing. A joke from the West Wing is repeated in The Trial of the Chicago 7. Sports Night (a comedy) and The Newsroom (a drama) show the unseen side of television ~ good and bad. And it goes on, and on, and on.

Aaron Sorkin not only writes what he knows, he does it so well, we don’t realize what we didn’t know it until it’s over and we’re left with an a-ha! moment of sudden realization that the details, the story, the behind-the-scenes, and Sorkin himself, are all genius. It’s never un oeuf. *SORRY. I know. I’m cringing, too.*

It’s what all writers aspire to be: necessary, compelling, enlightening … but most of all, authentically human.

I kinda wanna be like him when I grow up. 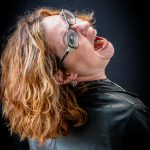 Author of the romantic location mystery novel, NOLA, Molly Jo Realy is an award-winning writer and author coach. She likes smiling. Smiling’s her favorite. She encourages people to embrace their unique talents to come alive and stay wild every day. Addicted to cats, coffee, pens, and planners, in no particular order. Savor the journey, y’all.
Follow her on Facebook, Twitter, and Instagram for more fun!

The Author’s NOLA tells the behind-the-scenes, seven-year journey from deleted chapters to almost-printed gaffes, from inspiration to publication. Pick up your copy today!